One of Audio's Greatest 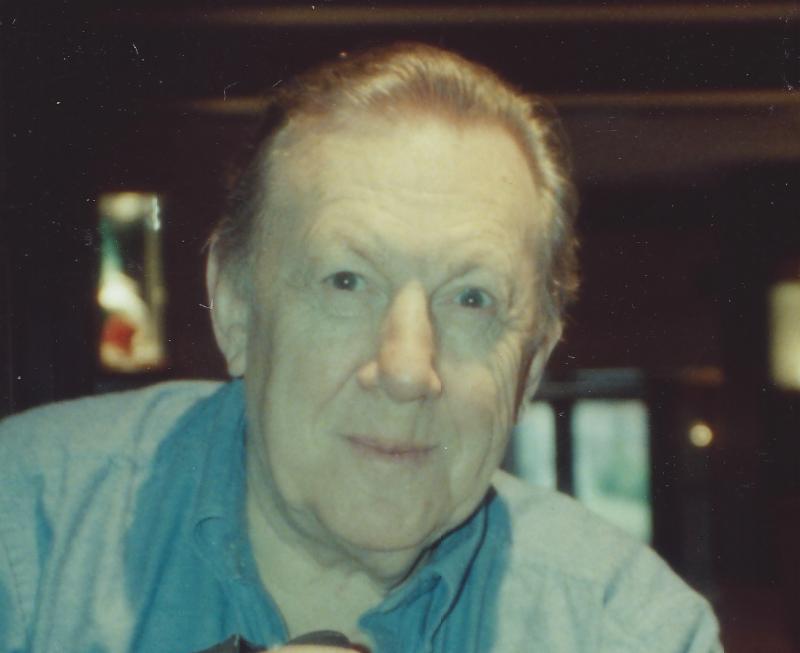 This past Thanksgiving, the audio industry lost a gentle giant; Leon Kuby. Lee was an important part of Harman Kardon during it’s early days. He was largely responsible for the Citation line of audio components that are still cherished by audiophiles today. After his tenure at HK, he worked with Infinity (a Harman company) helping the company rise to its peak.

I met Lee in the early 70’s when he was Vice-President at Harman Kardon. An executive working with Lee at HK visited my tiny hi-fi shop in North Hollywood and listened to the speakers we were making. Apparently he was impressed; enough so to share his experience with Lee when he returned to HK’s headquarters in Plainview, New York. A few months later, Lee himself stopped by our shop during a visit to the West Coast.

In the years prior, I’d met top executives from several different industry-leading audio companies. New to the business, I was always excited to meet these people and share suggestions and ideas, based on my hands-on experience with customers and listening to their desires. Unfortunately, every meeting only seemed to be about one thing; boasting about how many boxes they were able to sell. Whenever I seized an opportunity to make suggestions, they’d respond courteously; but also made it abundantly clear that they had more important things to think about than the ideas of a some youngster.

During Lee’s visit, I shared my ideas and recommendations. I just couldn’t help myself; I guess I hadn’t learned my lesson… To my surprise, Lee really listened. He took out a pen and paper and wrote notes. His responses were thorough and thought out, not dismissive. He promised to get back to me on anything he didn’t have answers to. And he actually did! It was unlike anything I had experienced.

When Lee discussed his products, it was different. He was more interested in talking about was the quality of the products and why they sounded so good rather than how many boxes they sold. As an example, he discussed the new HK 630 and HK 930 stereo receivers. He explained that none of the Japanese-built receivers back then could pass a 20 Hz. square wave, an accomplishment vital for great sound.

Knowing this, Lee had the HK 630 and 930 receivers designed to overcome this hurdle. But when the prototypes arrived from Japan they were no exception. They couldn’t pass the square wave either. Lee was baffled. Eventually, the team discovered the cause of the problem: a lack of copper content in the core of the power transformer. When Lee confronted the manufacturer, they were offended about his criticizing the quality of their transformers. As it turned out, there were no power transformers in Japan that would suffice. So, Lee made sure that special transformers were produced for his receivers. Those two receivers received rave reviews and were among the best sounding on the market at the time.

By the end of the visit, a bond was born. I admired Lee for the time he spent and the respect he showed a young newcomer in the business. It was the start of a 40+ year friendship.

Lee Kuby was a true audiophile and he knew how to listen. He was always experimenting with better components in the basement of his Long Island home and would carefully listen to anything HK was working on before the public was exposed to it. He always tried to get the best source material. He had friends in the recording industry that would copy master tapes of classical music that Lee would play on his reel to reel.

I admired Lee’s ethics as an audio executive. I remember that, in the early 70’s, quadraphonic products started appearing on the market. I was very excited to get my hands on the new HK-150+ quad receiver that Lee was telling me about. I waited months until the big day arrived. I hurriedly unboxed it, hooked it up, and fired it up. Something didn’t sound right. I called Lee and instead of being defensive, he was concerned. I told him I’d be at Long Island on the weekend and he said he’d have one setup so we could listen.

At his house, he played some music through an HK-150+ for probably not much longer than 5 seconds. He shut it off made a very sour face and said something like, “Yucch!.” It was on a Saturday and he immediately got on the phone with their V.P. of engineering, Bob Furst. He told him they’d have to stop the release of these receivers until they could fix the problem. Most audio manufacturers would just let it go and maybe fix the issue on the next production run, but not Lee. They investigated and found that the Japanese manufacturer took the liberty of using a different tone control circuit, which degraded the sound.

Lee Kuby was the opposite of arrogant, but was impatient with others who were. He was passionate about audio and always said what he felt. He would always battle to produce the highest quality audio products. He made many friends and was respected throughout the industry, although there must have been others who may have been offended by hearing the truth.

Leon Kuby was born on November 14, 1925. He served in the Air Corps in WWII. He spent the last 25 years of his life living in Northern California with his wonderful wife Teri, whom he had met at Infinity. She described him as a “wonderful son, husband, father, and person.” I agree. Although he’s had some rough times in his life, he was always able to maintain his warm sense of humor.

Lee Kuby knew the art of listening like few others and I’m not only referring to audio, but to people. In my 40+ years in the audio industry, I met and became friends with hundreds of industry insiders, but Lee was my hero. I feel privileged that he was my friend. I learned a lot from him in addition to audio. He deserves a lot of praise, but I’m pretty certain he wouldn’t want any. He will be sorely missed. He was 89.

Cart has been replaced

Login first to save cart

Your Cart has been shared via email!

The NEW CG3M Line. Introducing a durable new finish and better efficiency!
5.1 systems start at only $999!

Years of crafting, refinement, and unwillingness to compromise have lead to this moment. The CG5 and CG25 are a masterful blend of artistry and science.

Get substantial savings if you bundle a receiver with one of our award-winning speaker systems.

Bundle & Save!
Browse our selection of top RSL recommended Receivers

We are an authorized dealer of Denon and Onkyo Receivers.